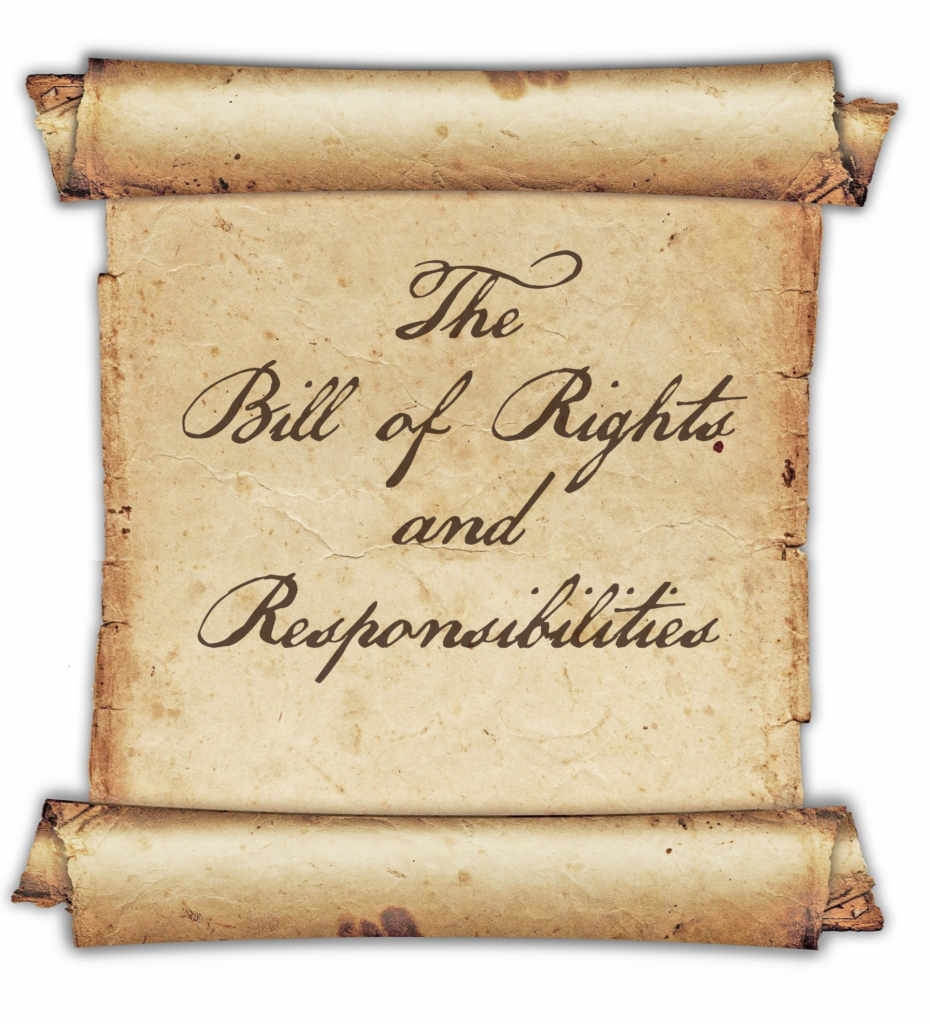 Like many nations, Macronesia has a Bill of Rights that citizens are entitled to. However, as citizenship is voluntary, we also believe that Macronesia is entitled to certain responsibilities from its citizens.

Macronesia is founded on Enlightenment principles of inquiry and skepticism rather than faith, jingoism and idealism. Rationality is our highest goal as a nation. Historically, however, rationality has sometimes been used as a pretext for powerful interests to trample those of the disenfranchised. We are careful not to let our aim for rationality trample our humanistic imperatives.
To this end: We will endow the University of Macronesia (MU), an institute of higher education focusing on developing rationality via studies such as Biasology and Logical Arts.

Everyone has the right to peacefulness and the responsibility to create a peaceful environment for others.

Macronesia is a peaceful nation, not just in our dealings with other nations, but even more importantly, in our internal affairs. We encourage non-coerciveness and non-aggression and the pursuit of peace of mind. Culturally, Macronesia eschews egotistical displays or aggressive behavior.
To this end: We will institute the Macronesium – a secular monastery to study and practice self-control via Metatation, Loga and other techniques.

Everyone has a right to their reasoning, and the responsibility to allow others their own reasoning.

In seeing the world as a collection of islands, both big and small, we recognize that humans can be culturally very different from one another. Nevertheless, we only recognize differences that can be reasoned about. We are all Macronesians. If conflicts can’t be resolved by reason, then they are probably illusory conflicts. Differences informed by superstition or based on inherited ethnicity are considered irrational and are not officially recognized. Of course, people are free to believe what they want, but unquestioned beliefs are not eligible to argue about policy or conflict resolution.
To this end: We will institute the Macora, a public forum for discussion.

Personal freedoms are of prime importance, but not where they impinge upon the freedoms of others. To maximize freedoms, we strive to ensure that all freedoms can exist side by side. Consequently, victimless crimes are not considered criminal.
To this end: We will institute the Macronesia Supreme Court (colloquially known as the Macaroni Supreme).

Everyone has the right to prosperity and the responsibility to help create prosperity for others.

Macronesia recognizes that all systems must create value and protect value to survive and thrive. We provide educational and commercial resources for people to develop and share in our prosperity. We hope to have a national beer soon, followed by sports teams and an airline.
To this end: We will instutute the Macronesia Marketplace and the Department of Economicals at the University of Macronesia.

Everyone has the right to produce and disseminate information, but also the responsibility to ensure that information is rational and not designed to mislead.

To encourage rationality and intellectual development, no information may be censored. However, the manner in which that information is delivered must adhere to community standards of politeness, even if the content itself is seen as impolitic.
To this end: We will institute the MAC: The Macronesian Allcasting Cooperative, a network of independent media channels.

The Macorum takes its name from the Agora, an outdoor open forum for discussion in Ancient Greece.

Frank Zappa famously said “You can’t be a real country unless you have a beer and an airline. It helps if you have some kind of a football team, or some nuclear weapons, but at the very least you need a beer.”

Allcasting refers to the fact that the MAC will engage in narrowcasts, podcasts, attempts at utilizing existing broadcast channels, and any other forms of communication.

THINGS YOU CAN DO:

Apply for Instant Citizenship
Search our Knowledge
Ask and answer Questions
Follow our Blog
Check us out on Social media
More to come!